Triple A Fazbear Wiki
Register
Don't have an account?
Sign In
Advertisement
in: Mechanics, Help Wanted, Special Delivery,
and 4 more

There are several pieces of beta content within the Curse of Dreadbear DLC.

Oddly, Pirate Ride, the second level of Afraid of the Dark, features a lot of beta content, and seems to be the level that experienced the most change. The biggest change seems to have been that Foxy, at first, did not have any pirate attire, and was just the normal Foxy.

Most of the other changes boil down to smaller ones, such as different cutouts and different targets. However, the environment also features many changes, as at some point it seemed the player would be able to view the outside of the ride.

There also seemed to be strange beta tips for the level; one of which was completely blank.

A Foxy cutout jumpscaring the player.

A screenshot of the beta version.

Ditto but in the underwater section.

Ditto but in the underwater section.

A look at the Beta Cannon.

An office-like area within the hidden stages of Pirate Ride.

An outdoors area of Pirate Ride.

A Beta Tip for Pirate Ride.

A blank tip for Pirate Ride.

Corn Maze's beta design features a more green asthetic, as most of the level was a deep green color. As well as this, the cutouts seemed to have less detail on them.

There were some minor beta contents outside of ones mentioned, one of which was the series of unlit icons. During the beta version of the DLC, it seemed certain icons for levels had no lighting, most likely used as placeholders until the final versions were made. Most of them look the same, however one, presumably for a Danger! Keep Out! level, it features a completely different icon with empty heads of the Jack-O animatronics.

In additional, the environment in the beta version seemed to feature more trees. This was most likely in the menu for the DLC. 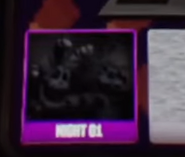 A level menu with "Office Place Holder Name" on it.

Originally, Plushtrap's files and model were improperly textured making him look more brown than his usual green. This lead many people to believe they were older textures, but it was later found that they were the same and just applied incorrectly. Upon release, Plushtrap showed that all the beta assets were scrapped in favor of newer versions. Along with this, Plushtrap's textures were fixed to make him look like he normally does. 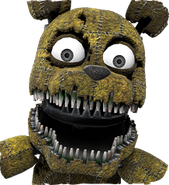 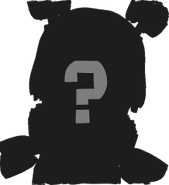 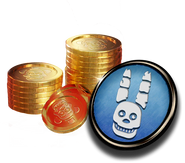 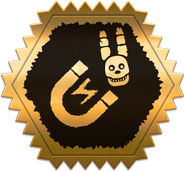 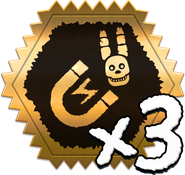 The artist behind FNaF AR's UI revealed a lot of unused and beta content on June 25th, 2021<ref>The website that revealed beta UI and assets for FNaF AR.. The content first shows that FNaF AR went through many different UI and layout changes for both the main map, encounters and the workshop. Additionally, the website shows beta versions of the Cupcake, Male and Female avatar icons, as well as a diagram showing the process of designing them 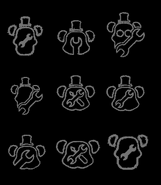 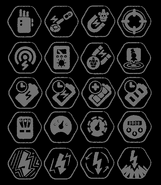 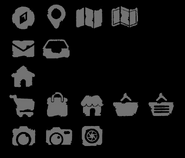 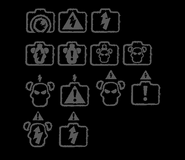 Within the files of Freddy In Space 2, there are many early sprites for enemies and bosses. All the sprites are of much lower quality, with the exception of Machine Claw, and were most likely made early in development as placeholders until the final sprites were complete. Each Sprite for the most part keeps the same design elements from the final designs, with only slight differences.