Triple A Fazbear Wiki
Register
Don't have an account?
Sign In
Advertisement
in: Help Wanted, Special Delivery, Mechanics,
and 3 more

Faz Tokens is one of the collectibles in Five Nights at Freddy's VR: Help Wanted, There are a total of 30 tokens in Help Wanted.

In Help Wanted, Faz Tokens can be found in various locations. While in the main menu, a monitor on the right will keep track of the number of tokens the player has found. Collecting these and reaching certain thresholds can unlock certain prizes in the prize corner. With collecting all the coins, the player can unlock Exotic Butter in the Prize Counter. It contains a button that switches on the monitor at the counter. Collecting Faz-Tokens also seems to increase how solid Glitchtrap appears, changing from a transparent green outline to a fully-formed rabbit mascot.

In Special Delivery, Faz-Coins can be used to purchase special items, such as lures, plush suits, CPUs and more. However, they can't be obtained in any way throughout the game other than buying them with IRL currency and some Events. The player is also given 150 Faz-Coins at the start of the game.

Faz Tokens unlock prizes found at the Prize Corner under the Special tab. These are as follows:

By collecting all 30 tokens, the player can unlock a basket of Exotic Butter, which appears on the counter. Inside hides a button that can switch on the monitor in Prize Counter. Different images will show up on the monitor depending on the version of the game.

A render of the Faz Tokens.

An alternate version of the Faz Tokens that seems to be left unused.

See also: The Shop for the different purchasable items and the amount of Faz-Coins needed.

Faz-Coins are one of the currencies in Five Nights at Freddy's AR: Special Delivery.

In Special Delivery, the Faz-Coins can be bought with real life currency.

With the Faz-Coins, the player can buy different items to help player throughout the game. 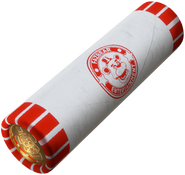 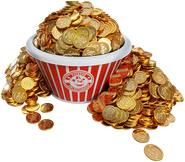 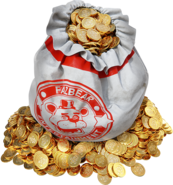 An option to watch ads for extra Faz-Coins is given in the Shop Section as well as the game over/game won screen. The player can earn 10 Faz-Coins for each ads. This feature is only available in 3.0.0 or later version of the game.

In every 4 hours, the player can obtain a random gift from the gift box. These gifts include lures, CPUs, as well as Faz-Coins.

In Dawko's WWF Charity Stream, Tub of Faz-Coins (5400 Faz-Coins) are given away to 5 lucky winners who donated at least $3 AUD.

In the Winter Wonderland Event of FNaF AR, a new kind of token was introduced, being the Event Tokens. Event Tokens are special coins that can be collected via daily rewards, defeating animatronics and finding them in random balloons. The tokens are styled to match the current event, and are used as an alternative to the microtransactions within the shop. The tokens were apart of the Community Quest, where if enough players gather enough event tokens, Illumix will end off the Winter Wonderland event with the early release of a new character. Once the bars for the quest fully filled up, it was found that the tokens would be used to buy the lures & plushsuits for the new character, who was later revealed to be Golden Freddy.

After the Winter Wonderland event, the tokens became a staple in the events that followed, becoming the primary currency needed to unlock things such as skin plushsuits, avatar icons and more. 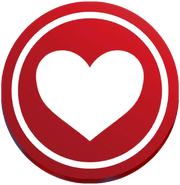 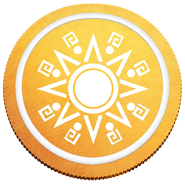