Five Nights at Freddy's: The Core Collection was announced to on November 11th after the box art covers were revealed, and it is set to release January 12th, 2020 on PlayStation 4, Xbox One and Nintendo Switch release. The title was first found on the website of The Australian Classification Board, with the publisher being Maximum Games[1]. 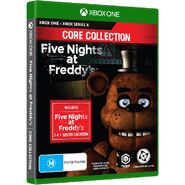 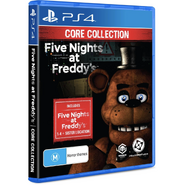