Lefty's general appearance is almost identical in appearance to Rockstar Freddy, by having rosy-red cheeks, separated lower jaws that are connected with metal rods, and a golden metalic star on his chest. The differences are the color scheme, the missing eye, and a larger nose. He is a black bear sporting a red top hat, bowtie, eyelids, cheeks, and knee caps and holds a yellow microphone in his left hand (rather than his right like Freddy, hence his name). He has a lighter shade of grey on his chest, muzzle, ear insides, and his toes. His right eye is yellow while the left is completely black. In addition to his left eye being black, his left eyelid is droopy and half-folded over the eye.

While Lefty himself has no personality of its own, Marionette inside him has a mysterious demeanor. It has a tendency to begin its lines by shushing the player before speaking in a cryptic manner. Like Freddy, Lefty entertains children and sings songs, similar to his previous variations.

Lefty first debuted in Freddy Fazbear's Pizzeria Simulator. He is one of the purchasable animatronics that can be put in the new Pizza Place. If the player hadn't purchase him, he will appear in the back alley for the player to salvage.

Lefty was created by Henry to capture Marionette and bring her to the pizzeria, as part of his plan. At the end of Pizzeria Simulator, Henry burns down the entire Pizza Place, along with Scrap Baby, William Afton, Molten Freddy, the player (Michael Afton) as well as Lefty, to set their souls free.

It is confirmed that Lefty will return in Special Delivery, in a future update.

An unused promotional render of Lefty.

Lefty's sprite from the trailer zoomed in. 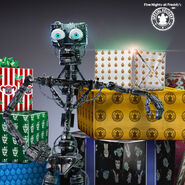 Lefty's head can be seen in the boxes with negative colors. 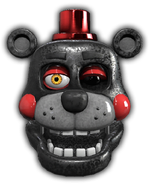 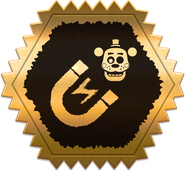 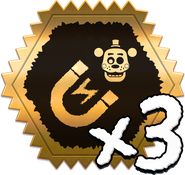 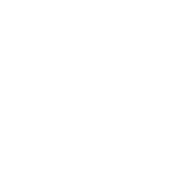 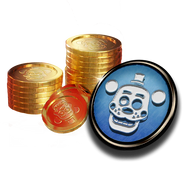 An alternate render of Lefty.

A render of Lefty's endo.
Community content is available under CC-BY-SA unless otherwise noted.
Advertisement