This animatronic's appearance almost perfectly mirrors that of Moondrop's, however is colored almost entirely out of various shades of yellow. It wears two leather wristbands with ribbons coming off them, and yellow baggy pants covered in brown stripes. Finally, it has large yellow triangles protruding out from its head to emulate that of a sun. 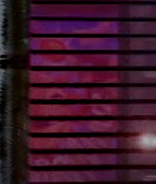 A poster of the character from the first trailer.

The Sun Animatronic from the second trailer.

Another shot of the Sun Animatronic in the gameplay trailer.
Add a photo to this gallery

Retrieved from "https://triple-a-fazbear.fandom.com/wiki/Sun_Animatronic?oldid=27296"
Community content is available under CC-BY-SA unless otherwise noted.